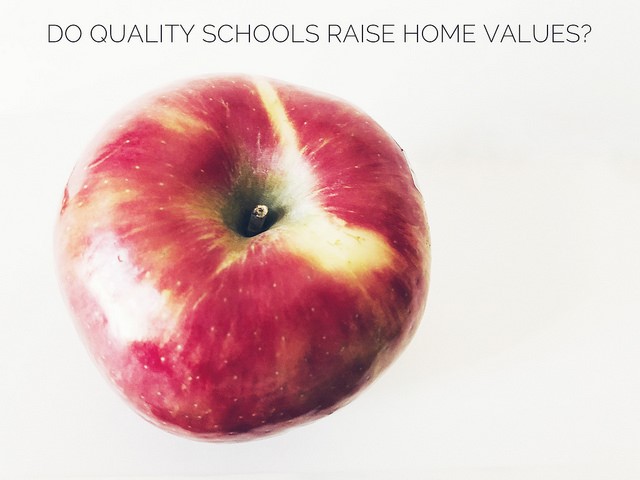 There are a lot of neighborhood attributes that can affect the value of a particular house. For example, a house with a view of the water may fetch a higher price than a similar house without the view. But among neighborhood amenities, owning a home near quality schools is among the most commonly cited as being good for your home's value. Well, a recent study by Collateral Analytics, looked at this question in an attempt to – not only determine whether or not it's true that homes near quality schools sell for higher prices – but also whether or not it matters if the school a home is near is an elementary, middle, or high school. According to the study, there is some evidence that locations with “higher elementary school math and language scores are correlated with more expensive housing.” However, there are also many other factors, such as the supply of available housing, that will determine to what degree schools are a benefit. In short, schools have an effect on prices but it's most pronounced in areas that have fewer homes and fewer quality schools. It's also more evident in neighborhoods near good elementary schools, as opposed to high schools